A downloadable game for Windows

The Pack Cost $1.25 because Tales From The Dark is a paid for dlc and also that both games are combined into one for easy access. You can play the Original Crooked Silence for Free! here: https://echo7project.itch.io/crooked-silence And you can play Tales From The Dark for Cheaper! here: https://echo7project.itch.io/crooked-silence-tftd

Crooked Silence is a puzzle survival horror fps game with graphics that are made to look like classic horror games made in the 90's. After a mysterious car crash leaving you stranded out in the woods in the middle of nowhere you wake up to find some help. You search a nearby house to see if there is anyone home but only find a run down building with strange growth throughout its floors. As you progress further into the darkness and depths of the building you encounter things that shouldn't exist.

-Over an hour of gameplay

Crooked Silence: Tales From The Dark is set during and around the events of  the main Crooked Silence game (Play it here:https://echo7project.itch.io/crooked-silence).

In TFTD you'll play 3 separate stories among 3 different characters. Each character possess unique gear and skills suited towards the tasks that fall upon them during the evil times that await them. Each characters story will play differently from one another being inspired by classic games with slight references.

Zofia Dusk:  A exceptionally gifted spy working with a anti Bio Weapons/Anomaly Weapons Unit. Tasked with a mission to extract classified information from a lab and get it into safer hands. Using her silenced pistol and trusty grappling hook to gain advantage against her foes.

Amber Miles: Just a regular civilian. An athlete for her home town's baseball team and track team. Finds herself broken down in the forest next to some industrial sites while taking a short cut to get home. Eager to get back on the road she searches near by sites to find parts for her car. She soon realizes shes not alone.

Crow: A highly trained soldier that has never failed a mission and will do whatever it takes to complete his objective even if it means sacrificing everything. Ends up in a helicopter crash caused by a mysterious figure in red that wipes his squad. Unfortunately a near by lab is being blown up due to a containment breach.

If you would like to play the original game (Crooked Silence) for free you can check it out here: https://echo7project.itch.io/crooked-silence If you like it please consider supporting!

In order to download this game you must purchase it at or above the minimum price of $0.62 USD. You will get access to the following files:

This was a real treat, truly an achievement

Enjoying what I have played so far, great game! Is there a way to possibly adjust the fov? It's a bit to narrow for me.

Is the game controller compatible? I'd love to play it, but I kind of suck at Mouse and Keyboard, and being a shooter makes it even more difficult for me. Thank ya!

Controller support is limited and I haven't really worked on it but combat in the game isn't that twitchy for the most part you can even check some let's plays on YouTube. You can use melee for most of the main game and only 1 of the 3 stories in DLC is Gun focused.

But if your saying something like your hands physically can't use a keyboard and mouse due to like a disability that'll be something I'll have to look into in the future to allow more accessibility for everyone.

Ah okay, it's fine tho, thank you very much for your response and concern for disability, I'm fortunate to not have a disability like that, just have difficulty with playing games in that fashion, I'm more use to controllers.

But I think I'll definitely put some thought into buying the game someday anyways, Thanks a bunch! ❤

Hi - I can't use M&K to play games due to a disability, but was able to play the original release of this by adding it to Steam and using their controller configuration tool.

How was the lighting done in this game? Looks good!

I wish you can tune down the camera effects, or option to turn it off completely. The distorting effects are just too much to my eyes. I am having alot fun with this game. Best dollar I've ever spent.

Really love the game! I can't find a way to invert the camera though. I tried to change the inputs or find a config file in the game directory but no luck. Any chance you could help me out?

Be honest, how hard are the puzzles? I'm abysmal at puzzles but this game looks really cool. Thoughts?

I've only given this game a brief try so far, but I wanted to point something out I found really bizarre.

How come when you press the middle mouse button, the game goes into 3rd person, and your character is now suddenly a soldier in all green fatigues with a shot gun, a much higher polygon count compared to the aesthetic of the game, and is all around completely detached from your first person character?

Like, when I press the left mouse button, he still performs an action, but instead of swinging the knife or the axe, he like waggles his one-handed shot gun in front of him, like he's gonna beat something with the barrel.

lmk when this rolls out on steam

I really like the game and I think it could be awesome IF some things were fixed. I've been playing the demo before buying it and I've found a bug (I don't think this is intended) that seems to trigger after you save a game and load. The enemies not only respawn, but also multiply. Say there are 2 pigmen, 2 dolls and 3 small enemies with an eye. Well, once you load there are 4 pigmen, 4 dolls and 6 small enemies, this is a waste of ammo, HP and time, because it's unfair imo. Is this intended or is it a bug? Another problem I've had is that when I loaded the game after saving I had very low fps and everything was working perfectly before that, maybe it's a result of the enemies multiplying who knows. I wish this was fixed because right now it's the only thing that discourages me about buying the game. Appart from that and some minor things like a plant hitting a puzzle piece and clipping through the ceiling I'm really enjoying the game.

EDIT: I just found out you can activate invincibility in the menu, so I think I'll just do that whenever I load a save and have to deal with multiple enemies. I'll give the game a try because it really is awesome :).

Just getting into this and I needed to share my first thought which is: This is the best use I've ever seen of RFPS.

Yup I tired my best to make it unique compared to most of the other people using rfps. While I know most people bought it because they don't know code (Me included) they usually never change anything and make it their own. So I tried my best replacing everything I could!

It really looks different than anything else but makes good use of all the features. If that asset was still under development they'd put it in their showcase video trailer for sure.

The creator actually had a updated version of it for current unity I believe but he had lost the original account so he was unable to update rfps to become even better which is sad because this asset is incredible to work with. I do hope he finds a way to continue his work.

What's RFPS? Is it control style?

Essentially it's a base kit/template that you would buy from the asset store to help you with development time.

It also really helps artist (Like myself) to create games even if they don't know how to code.

Sadly the kit has been outdated for a while so it's impossible to buy or use in newer game engines unless you know how to convert it.

Ah, that makes sense. If you're not much of a coder I could certainly help if you ever need. I think that the game is great, you did a fantastic job!

Can you possibly port this to the Nintendo Switch?

Can you put this game up on steam, it would be awesome to buy it from there

Steam is something I'd have to look into. And idk if my games are quite steam worthy yet lol! But maybe in the future.

bruh have you seen how shitty most new steam games are? you can put anything up there lol

Hey this is some amazing stuff! You've got a lot of talent! Do you have a business email I could contact you with?

Sorry it took so long to reply I dont really stay up to date on sites and I've been a bit busy. Just to give you a heads up I'm artist before anything so my games are very stitched together its kinda hard to explain but it was a solo project. If you'd like to contact me you can here: ehco7project@gmail.com ill try my best to respond! I guess im not as social as other Devs you could say but Id like to hear what you have to say! 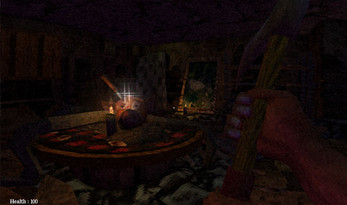 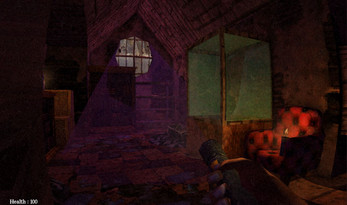 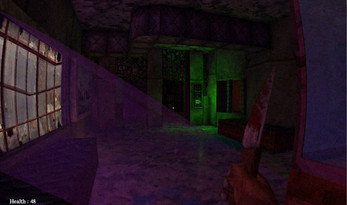 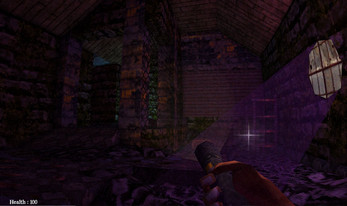 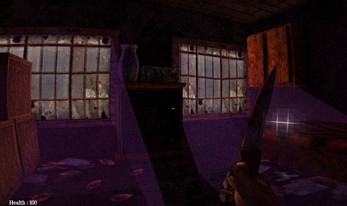 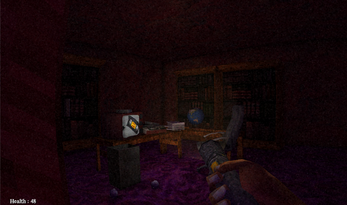